May 2020
Virtual Summer of Art
For the past 10 years Essex Summer of Art has supported over 160 art trail and open studio events throughout the county. This year, due to the Covid-19 pandemic, Explore Essex are pleased to be hosting the first ever Essex Summer of Art Virtual event, which features Annie’s Compassion painting, representing the best of human responses to tragic events. 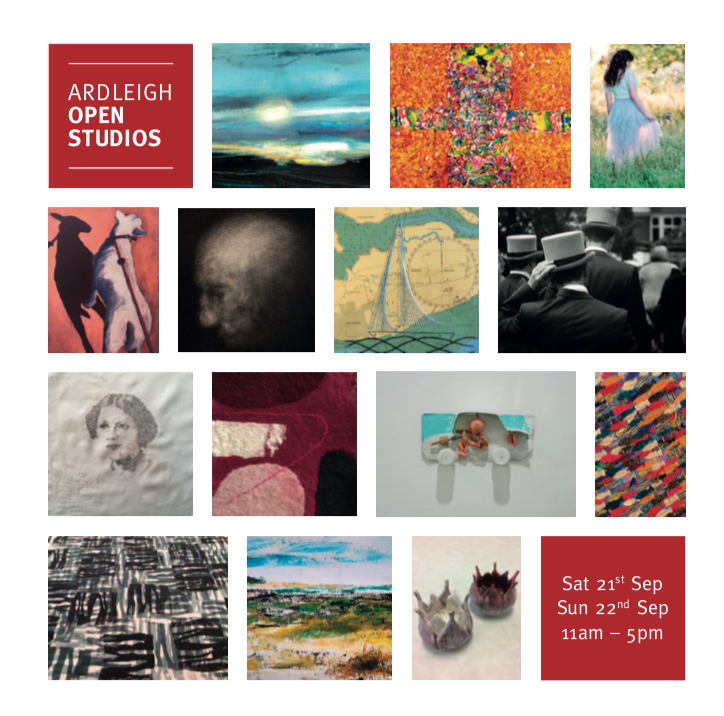 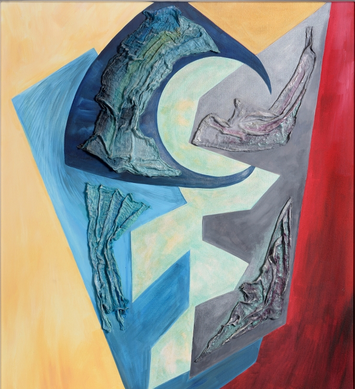 15th – 30th November 2018 10am-5pm
Shared Art and Ideals
74 High Street Colchester CO1 1UE
Minories Galleries
Exploring familiar and new themes from Central and Eastern European Artists living and working in our community. (Painting illustrated was made by Annie  in Warsaw during the fall of the Berlin Wall.) 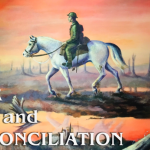 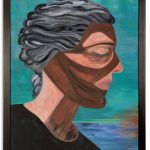 January 2nd – 31st 2018
Wivenhoe Bookshop
Over The Sofa Gallery
After featuring in the Cardiff Senned exhibition in late 2017, Annie’s painting ‘Bendith (Grace): The Suffering of Women in a Time of War’ returns to Wivenhoe this January, accompanied by a powerful text underlining its continued relevance today.

I am taking part in the Festive Open Studios, Old Maltings, Ardleigh CO77RT (near Dedham, on the Suffolk/Essex borders)
29th/30th November 2019 between 11am-5pm. 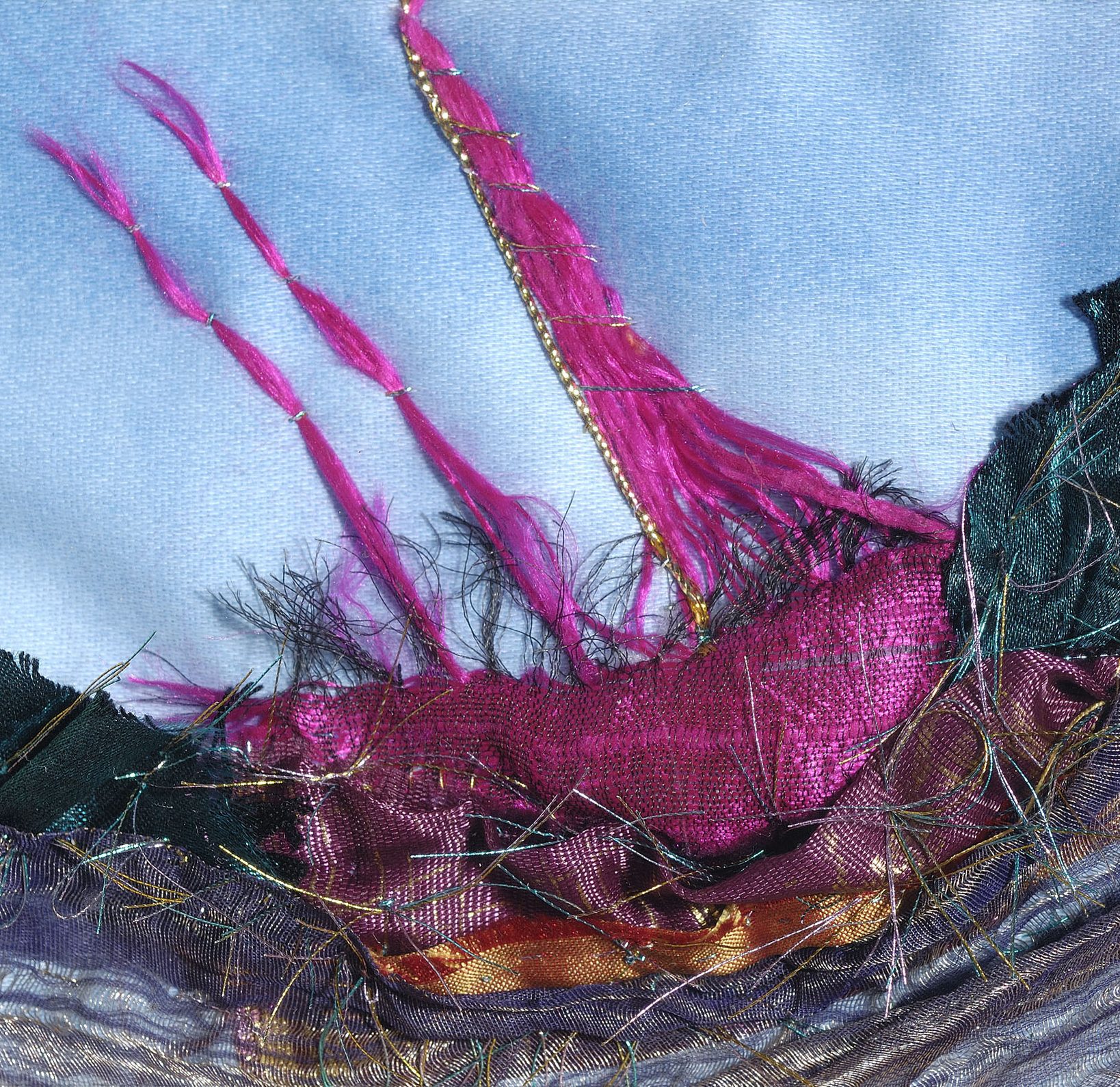 26th May – 9th June 2018
The Nottage Maritime Institute
‘Land and Sea’
An exhibition of new work including prints and textiles. 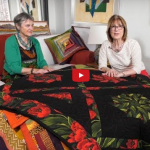 August 2017
Interview for Justhands-on TV
This month Annie was interviewed by Valerie Nesbitt for crafts channel Justhands-on.TV. She talks about the landscapes of Wales and East Anglia as reflected in her textile work. 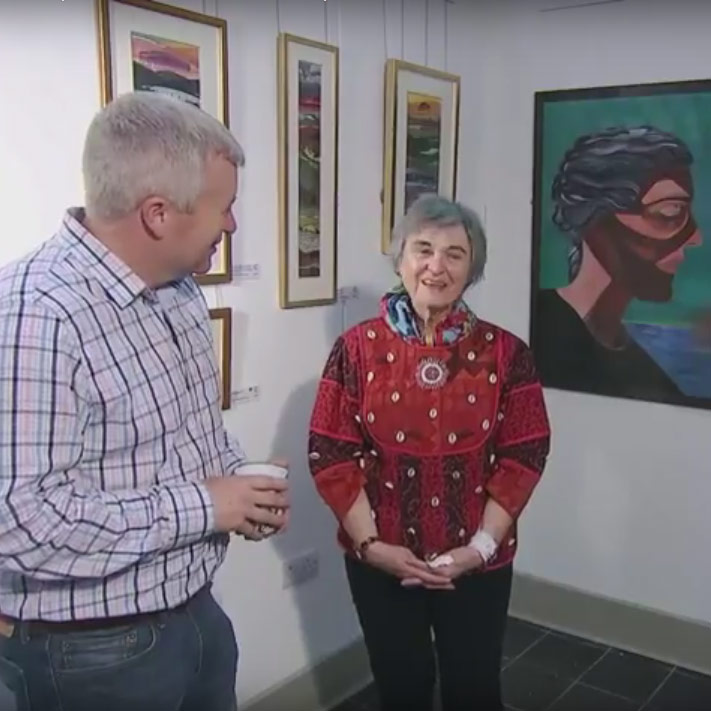 June 2017
Interview on the ‘Heno’ Programme
During the Caffi Oriel exhibition ‘Môr a Mynydd’ (Sea and Mountains) Annie gave this interview about her work for BBC S4C. 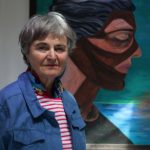 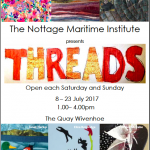 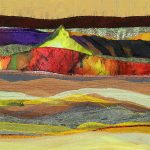 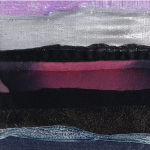 September 2006
Reykjavik, Iceland
Glimpses
An  Exhibition of decorative textiles, sea and landscapes sponsored by Icelandic Air, with a catalogue designed by Catherine Dodds.

List of Exhibitions, commissions, works in collections and installation pieces

2018 May/June ‘Land and Sea’ solo exhibition of prints and textiles at the Nottage Maritime Institute, Wivenhoe.

2010 – 2016 Colchester Art Society Open Exhibitions at the Minories and Firstsite.

2004 ‘Suffering of Women at a Time of War’ Painting used as design by San Antonio University, Texas, USA and 2005 production of ‘War Music’ by Christopher Logue’s adaptation of Homer’s “Ilyad.”

2001 “Art on a Budget” Installation at Zloty Taratzy, Warsaw, Poland

1998 “The Sea” and “All that Jazz” Digby Gallery/Hay Gallery, Colchester.

I regularly participate in the annual autumn Colchester Open Studios.

I show new work with the Colchester Art Society at the Minories and Firstsite Open Exhibitions.